2012 - Plans for a Better Financial Year 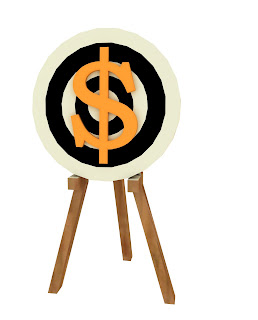 So, as Wednesday's post indicated, 2011 was not a good year for us financially.  We made some headway. We didn't move in the wrong direction, but we really did not move forward a whole lot either.  We basically treaded water for the year as a whole.

And I was utterly depressed when I looked at the numbers.

So for the upcoming year I am making the following, hopefully more attainable goals for our family's finances.  This is assuming that the apocalypse doesn't really happen at the end of this year and make all of these plans worthless. =)

Reread Dave Ramsey's Total Money Makeover:
This is the book that kicked us into gear, and I obviously need to be kicked again. So I'm going to reread this for hopefully a new burst of inspiration

Figure out SOMETHING to do with the timeshare:
If you've been here for more than a month, you know how we own a timeshare and how I absolutely loathe it. We should have the deed in hand within the first month or so of 2012 and then we will start the process of getting rid of it.  I hope to resell it to the resort for a drastically reduced cost just to get it out of our hands. Yes...we'll still owe the money on it via the Lending Club loan, but at least we won't have maintenance fees and the burden of it hanging over us.  If we have to, we are willing to just deed it back to the resort just to get rid of it, but we'll of course get money for it if we can.  Anything we get for it will go straight into paying off debt. No rerouting of any of those funds.

Pay off $10K in debt:
Last year, I had HUGE aspirations for paying off debt based on some plans that didn't fall into place. This year, we're going with what we currently have and making plans based on current income remaining the same. If we get more, then that will just be a bonus and we'll happy dance all over the place (including this blog).

Cut up my hated Chase credit card:
I know...I probably should have already done this, but I haven't.  But I want to. This year. It's my oldest and largest credit account and that fact scares me regarding what it will do to my credit score. But I plan to build up the courage to do it and throw caution to the wind in regards to my credit score. I want to live like nobody else, right?

Tithe every.single.paycheck:
I know this shouldn't be hard, but it has been in the past, so I'm working on making this totally normal...even when it isn't comfortable.

What about you?  What are your financial goals for 2012? 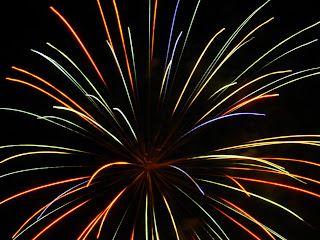 So yesterday's post was utterly shameful. It was embarrassing. It was humbling. It was depressing.

But 2011 was not a total waste. So today's I'm going to celebrate those things that we DID accomplish over the last year.

We paid off debt:
Okay, so $5500 isn't much to brag about, but in a society that is drowning in debt, this is not really that bad. We are at least moving in the right direction.

We refinanced our timeshare:
We chose to take out a Lending Club loan to use for the timeshare. It will allow us to get our deed in hand and hopefully get rid of it soon. As a bonus, the interest rate and terms are far more favorable for us and we're making real headway now. You can read more about the numbers game of it here. Seriously paying off for us!

Started an allowance system for Patrick:
It satisfies our desire to teach him hard work = money as well as "you're a member of this family and you're going to do chores without getting paid."  He's got his first savings account get up now and we're plugging away at it.  Financial lessons for kids - here we come! Details about the system are here.

Our Net Worth Topped $100,000:
This is a real reason to celebrate. I know it's a bit crazy to be stuck on a particular number, but that just seemed like a really nice milestone. Including our depleted home value and our mortgage, this is what we come up with despite our debt woes. Thank you, retirement plans!

So that's it.  What do you want to celebrate with me today? It can be finance related, or not. Just share.

Photo credit: calderilla
Posted by Kaye at 12:01 AM No comments:

Let's take a moment and review a snippet from a post from about a year ago:

I'm not going to call these my resolutions. Why? I'm notoriously horrible at keeping New Year's resolutions. And I want these to stick. So I'm psyching myself out by not calling them what they essentially are.

And then I gave you a list of non-resolutions.  So let's review how these turned out: 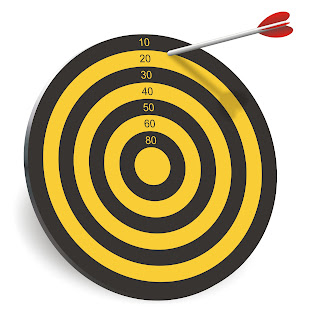 I obviously have failed at being a debt-paying-offer.

The non-resolution of paying off that chunk of change depended on a huge item that didn't happen.  In June, Chip left for OCS (Officer Candidate School) for the Army. It would be a full time pay (at a higher rank) for 2 months along with a housing allowance and travel pay. In other words...it was going to be a pretty sweet couple of months to pay regardless of him being away for 2 solid months with little to no contact with us.

After that, he had hoped to go for at least a few months of this year to his next stage of training, which would have been full time pay again.

These things? Did not go as planned.  Chip was not ready for OCS.  And once he came home before graduation, he decided that he had gone for the wrong reason. He had gone for the paycheck. He really doesn't fee like he wants to be an officer or command other soldiers. He wanted a nice paycheck to round out his last eight year of military service that he needs before qualifying for retirement.

So that estimate of $25K was based on paycheck that never came. And now? He is at home taking care of our lovely daughter, which saves us a bundle in childcare, but does not add income to our household income. I'm totally okay with both parts of that, but it doesn't factor in well with paying off a huge amount of debt.


Maintain our $1500 starter emergency fund.
We actually have more in it right now because Chip was paid upfront when he went to OCS.  I put the excess money in our savings account so I wouldn't lose track of it and spend it or send it to debt repayment so that when the Army wanted it back, they could have it in one lump payment.

However, the Army has started taking it out of his monthly drill paycheck. I need to get him to find out if this is their plan going forward, because if so, we'll just go that route and I'll send the extra money off to debt repayment and up that balance down some more.

Continue tithing 10% each paycheck.
This is something I did really well for the first few months of the year. Then things got hard and honestly...my faith obviously wavered.  That's hard to admit, but it is the only explanation I have for stopping our tithe. I was scared when the money wasn't there for a few weeks, which is silly because God has always been faithful to make what we have work for us when I do tithe. But this controlling part of me panicked and this was the result. I will say that the last couple of months this year, we resumed tithing, so we are back on track.

Gift an additional $200/month toward our Relentless campaign.
This is an ongoing capital campaign at our church for various projects going on.  We made a faith promise of $200/month for two years. When my faith wavered (see tithing above), this suffered as well. So we have to get back on the wagon with this as well.

Side hustle $3000 this year.
This actually turned out okay.  We pocketed $4947.00 this year by selling stuff and in debit card rewards.  Some of that was due to my etsy shop, which ran really well the first half of the year (but I decided to close until further notice when Chip left for OCS so I could spend more time with the kids).

That's depressing. A 40% success rate.  There are not many people who would bet with odds like that.

But this year we're going to see what we can do.

Although we didn't eliminate $25K in debt, we did get rid of $5K. Which is better than nothing. And we've got a plan going forward. Tomorrow we'll talk about some successes that we not planned - mainly just to make me feel better about what I had to report to you today. Then on Friday, we look into the upcoming plan for 2012.  Maybe the goals will not be as naive this go around.

I know...Christmas is a mere 4 days away (WHAT?!), but there is still time to make some great holiday memories with your kids. Here are a few suggestions:


Do you have any other suggestions that can be pulled off between now and Christmas?  Let's here them!
Posted by Kaye at 10:35 AM No comments: 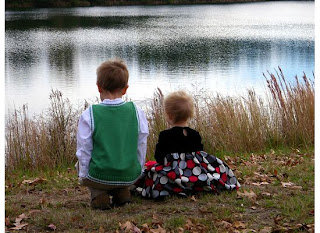 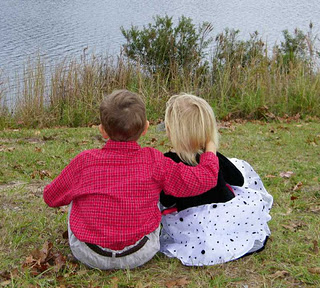